A Clip of Brennan Manning’s Teaching

Posted by Ben Dubow on April 13, 2013 in Uncategorized

Posted by Ben Dubow on April 13, 2013 in Uncategorized 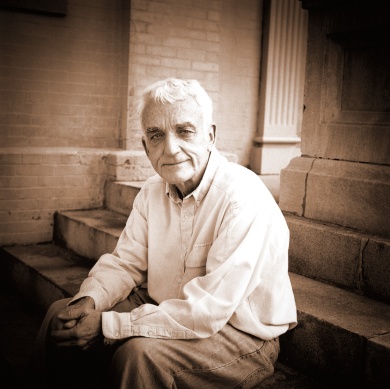 I have been a Christ-follower for over 20 years. Over the course of those 20 years, there is a list of people who have discipled me, mentored me and invested in me — making me who I am today.  Some of those people I know personally and intimately, others only through their speaking, writing and ministries.

When I became a Christian at age 17, the first Christian book I read besides the Bible was John White’s The Fight — given to me by my friend Cliffe.  But the first two Christian books I ever bought (and as a 17 year old Jewish kid, it felt a bit sketchy buying them at our local bookstore) were John Shelby Spong’s “Rescuing the Bible from Fundamentalism” and Brennan Manning’s “The Ragamuffin Gospel”.  (I also bought my first study Bible that day… the NIV Student Study Bible.)

Brennan’s book had been recommended to me by my Young Life leader.  Spong’s book just looked interesting (and I knew I wanted nothing to do with fundamentalism).  I read both cover to cover within a few days.  I realized quickly that Spong, an icon of Christian liberalism, had nothing to offer.  His book, even then, seemed silly, meek and petty to me.  Also, intellectually inconsistent.  Spong’s brand of a Christ-less and resurrection-less Christianity struck me as absurd — even as a young believer who had only been following Jesus a few months.

But Brennan Manning’s book changed my life.  Perhaps no one has taught me more about what it means to be a disciple of Jesus, apart from Jesus himself and the Apostle Paul, than Brennan Manning.

Over the years, I have read just about every Manning book there is.  And I go back and re-read Ragamuffin Gospel every year.  I learn something new every time.

I can honestly say that who I am today — and what kind of Chris-follower I have become, for better or for worse — is very much owed to the life, ministry and writings of Brennan Manning.

If you have read his memoir, “All Is Grace”, you will know that much of Brennan’s life — including the last few years — have been tragedy.  But we know that whether a story is a tragedy or comedy is based not on how the story goes in the middle, but how it ends.  Because of the promise of the resurrection and the all-encompassing goodness of Father in Heaven, Brennan’s story is really a comedy! It ends well.  It ends in the embrace of his Father, hearing the words, “welcome… and well done, my good and faithful servant!”

Today, I am thankful for Brennan and his ministry… and even more thankful that he is finally home, where he has longed to be for so long.

Thank you Brennan for reminding us all that it is okay to be ragamuffin.